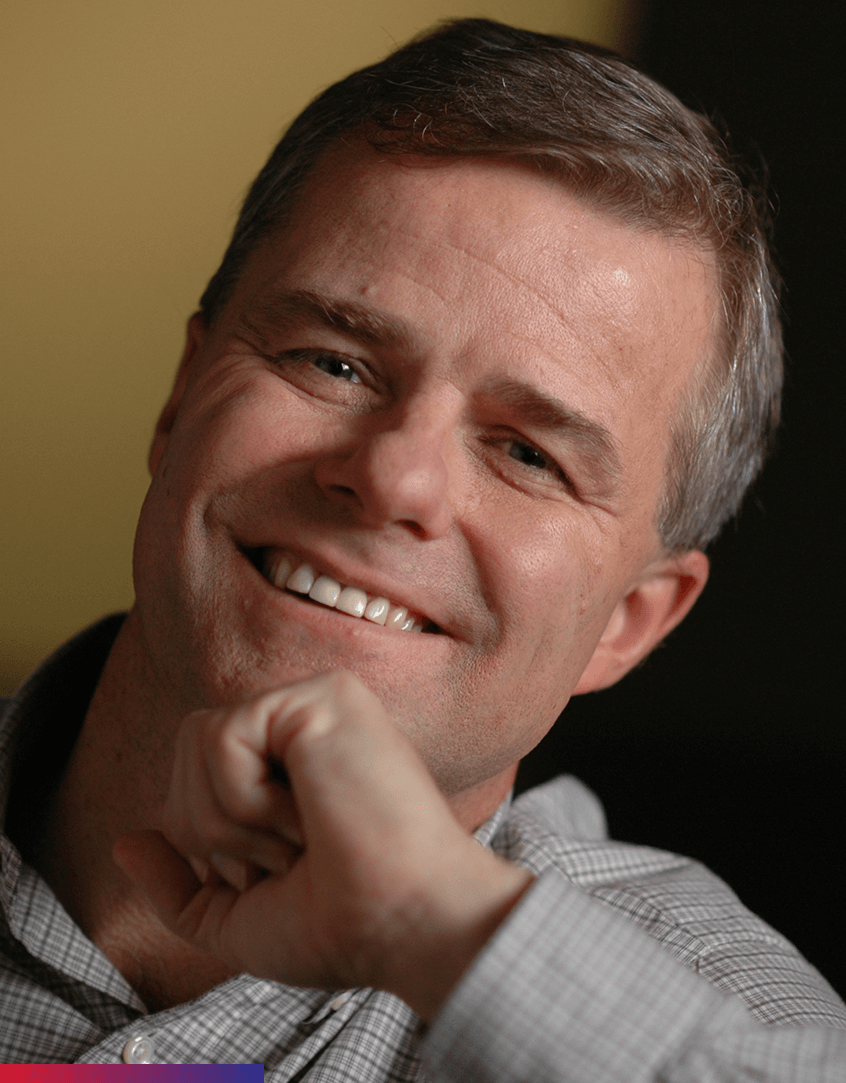 PhD – Executive Chairman of the Board

Dr. Goddard is actively involved in the Biotechnology industry as a board director and executive. He works as an investor and board member in a number of early stage and public biotechnology companies, leveraging over 30 years of experience in the industry. From October 1998, until it’s $4 billion acquisition by Astellas Pharmaceuticals, Inc. in June of 2010, Dr. Goddard was CEO of OSI Pharmaceuticals, Inc. a company he joined as a scientist in 1989. In this role he raised over $1.5 billion and oversaw the development, approval and commercial launch of Tarceva®, a leading lung cancer medicine.

He is Chairman of the board of Mission Therapeutics, and a board member at Hibercell, Inc., Ryvu Therapeutics and BlinkBio, Inc. He has been active in many organizations that support cancer research and awareness, science education and the biotechnology industry. He received his PhD in Cancer Pharmacology in the UK in1985 and conducted his postdoctoral research at the National Cancer Institute in Bethesda, MD. 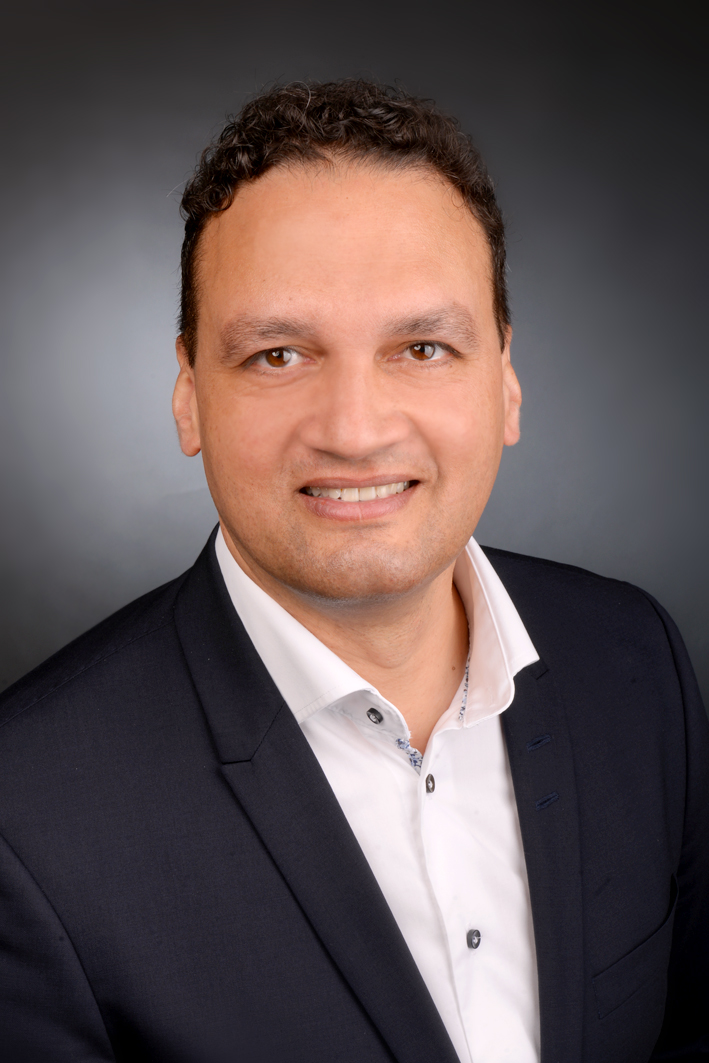 Tarig Bashir, PhD, joined FoRx Therapeutics as CEO in April 2021. He is a Pharma and Biotech Executive with over 15 years of experience and leadership in cancer drug discovery, translational oncology and external innovation. During his career, he has led and overseen discovery-stage and preclinical oncology portfolios, led strategic partnerships with pharma and academia, and contributed significantly to clinical compound development. Tarig held positions of increasing responsibility in Oncology R&D at Organon/Schering-Plough, Johnson & Johnson and Ipsen. Most recently he was Executive Vice President Discovery at Proteros, where his responsibilities included new company building.

Tarig studied biology at the University of Würzburg and the State University of New York at Albany. He earned his PhD at the German Cancer Research Center (DKFZ) in Heidelberg and conducted his postdoctoral training at the New York University School of Medicine. 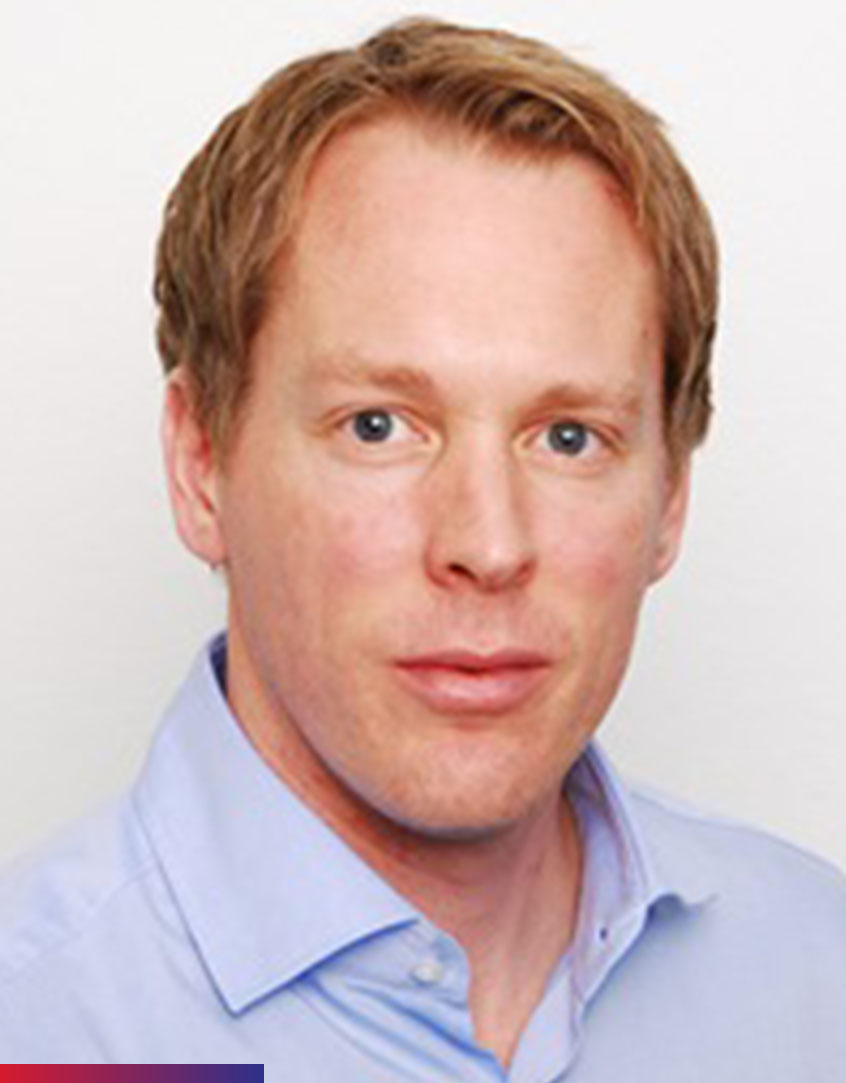 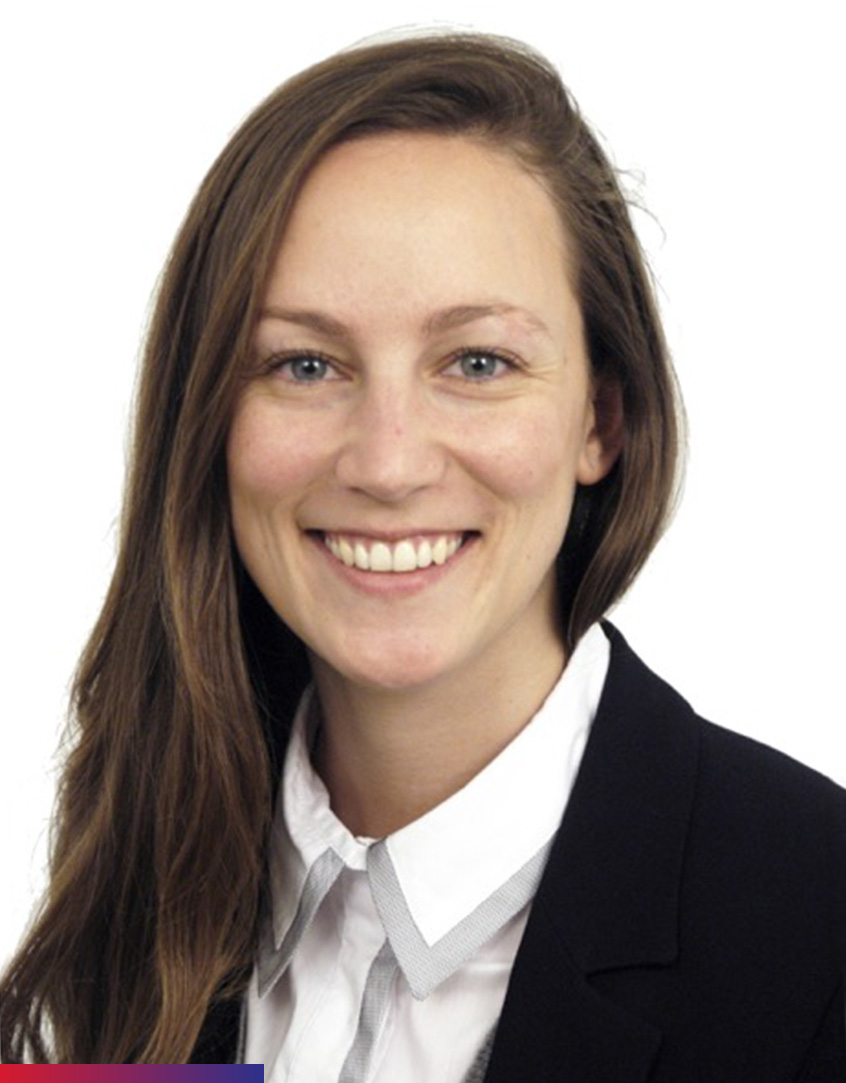 Therese Maria Liechtenstein, PhD, is a Principal in the Healthcare Fund of M Ventures, the strategic corporate venture capital arm of Merck KGaA. Previously Therese managed strategic projects for the Healthcare business of Merck in Darmstadt, Germany. Prior to Merck, Therese was a client relationship manager in the field of wealth preservation, at Industrie- & Finanzkontor Ets.

Therese has a PhD in Immuno-Oncology from University College London, an MSc in Biomedical Sciences from the University of Amsterdam, and a BA in Biology and Business studies from New York University. Therese is based in Amsterdam. 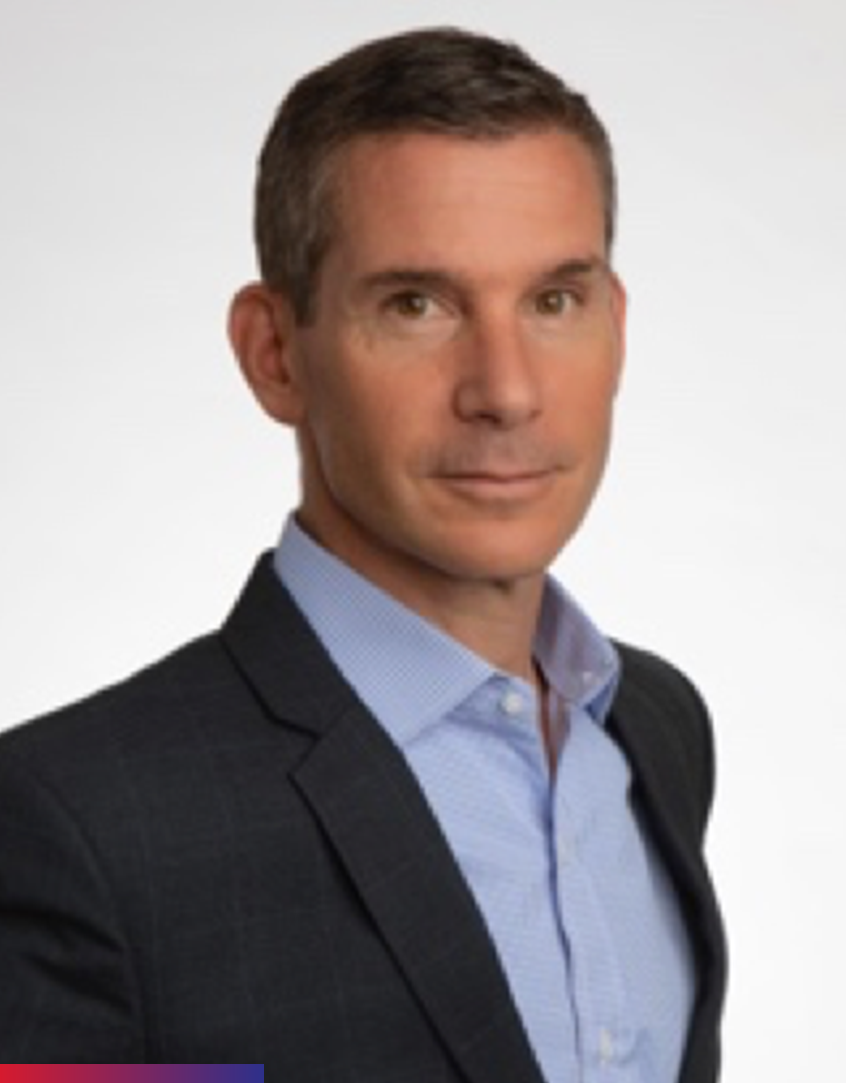 Vincent Ossipow, Ph.D., CFA is a Partner at Omega Funds since 2014. Previously, Vincent worked with Sectoral Asset Management, a healthcare institutional investor, as a Partner for private investments, prior to it he worked at Pictet Bank as a research analyst for biotechnology equities and as a co-manager of the Pictet Biotech Fund.

He was before a research fellow at the University of Geneva, studying neuroscience, and trained as a postdoctoral fellow at the National Cancer Institute in Bethesda, MD. He completed a CFA training (CFA Institute), a certificate in International Finance and Global Markets at the Georgetown University School of Business and holds an MS in Computational Sciences, an MS in Molecular Biology, and a PhD in Molecular Biology, all from the University of Geneva. 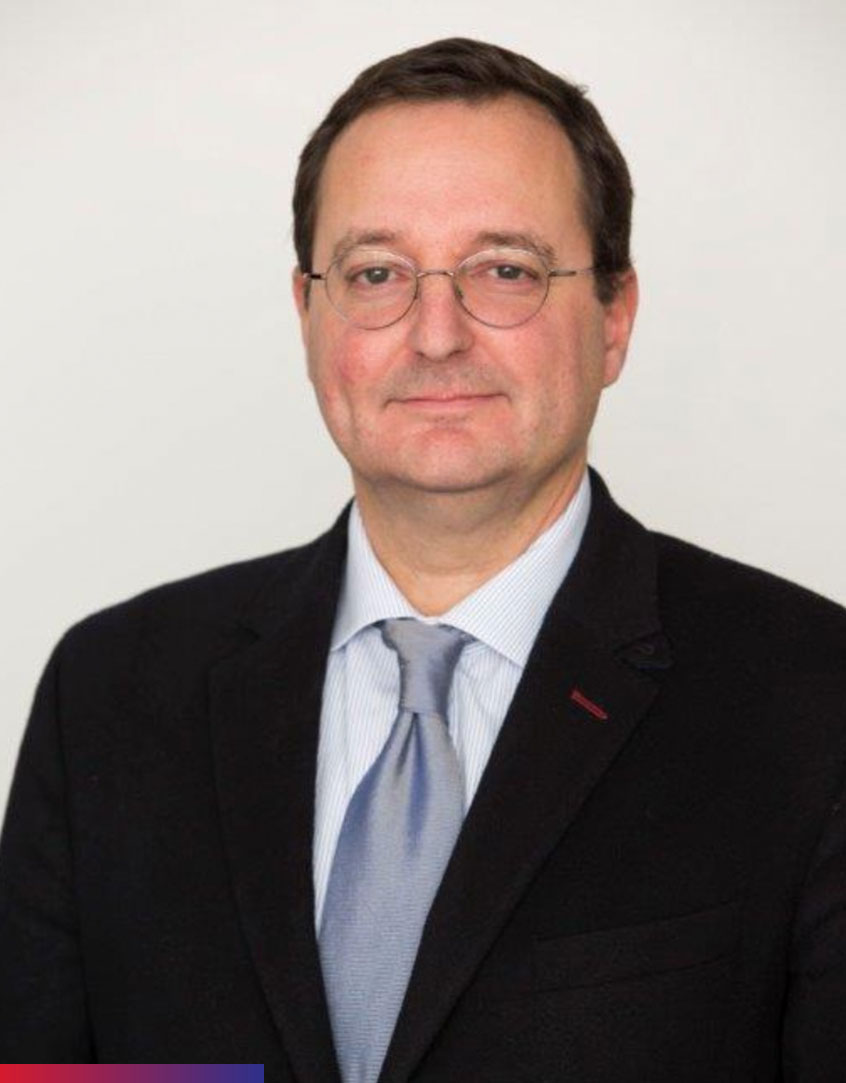 With a background in oncology and immunology, Dr. Brichard’s work has been focused since 1986 on the appealing project of educating our natural defenses – those that protect us from infectious diseases – to recognize and kill cancer cells. He holds an M.D., a specialized master’s degree in Internal Medicine and Oncology, and a Ph.D. from Louvain University, Brussels.

He further holds an MBA from the Harvard Business School.

Dr. Brichard participated actively in the pioneering work done at the Ludwig Institute for Cancer Research (Brussels Branch), under the leadership of Thierry Boon, where he identified several tumor antigens and started the first trials in humans with MAGE antigens. He spent several years at the Institut Curie (Paris), one of Europe’s best-known cancer centers, where he set up a cancer immunotherapy platform. In 2002 he joined GlaxoSmithKline Biologicals, where he was Senior Vice-President and had responsibility for the Immunotherapeutics Business Unit, which covered a broad, integrated approach to immunotherapy – from bench discovery through clinical development and operations to regulatory and commercial activities. In addition to this position, he served as a member of the Board of Directors at GSK Biologicals (annual sales ca. £ 3.5 bn). Based on his experience, translated by more than 90 primary research publications and reviews, he decided to set up his own consulting firm, ViaNova, aiming to provide support to companies, organizations, institutions and individuals in the fields of immuno-oncology and vaccines. Vincent is Venture Partner with LSP since 2016, active mainly in the LSP 5 and 6 funds. In 2019, Vincent founded Paracrine Biologicals, a company based on the pioneering exosomes technology from A*Star in Singapore for therapeutic uses and is setting up with other industry veterans, biotech founders and fund managers a Seed Fund, with the objective to support actively portfolio companies through a presence on the shopfloor. 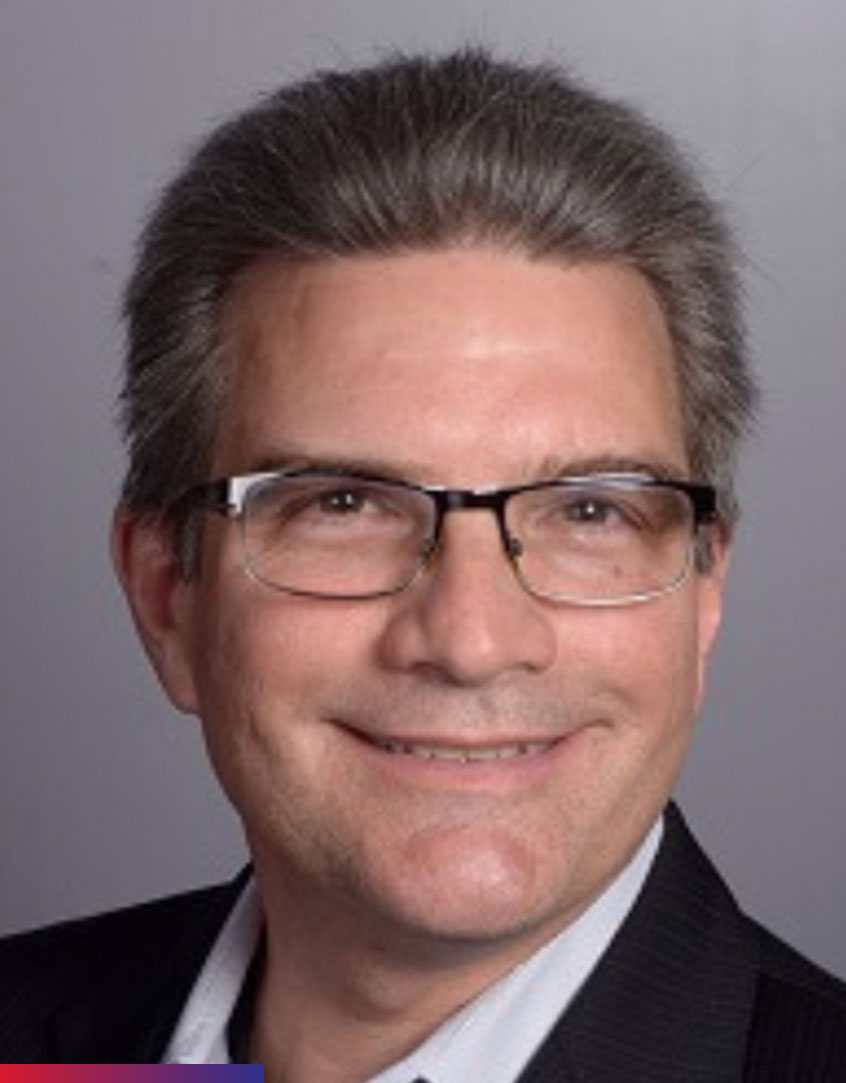 Denis Patrick Ph.D. is Vice President, Head of Partnering Innovation and Managing Partner of Pfizer Ventures. Denis capitalizes upon his experience in evaluating external opportunities that are focused on areas that complement Pfizer’s Research interests to identify, invest and manage equity investments. He is currently responsible for managing investments in AnTolRx, Encycle, eFFECTOR, MISSION Therapeutics, Metabomed, FoRx and EvolveImmune. 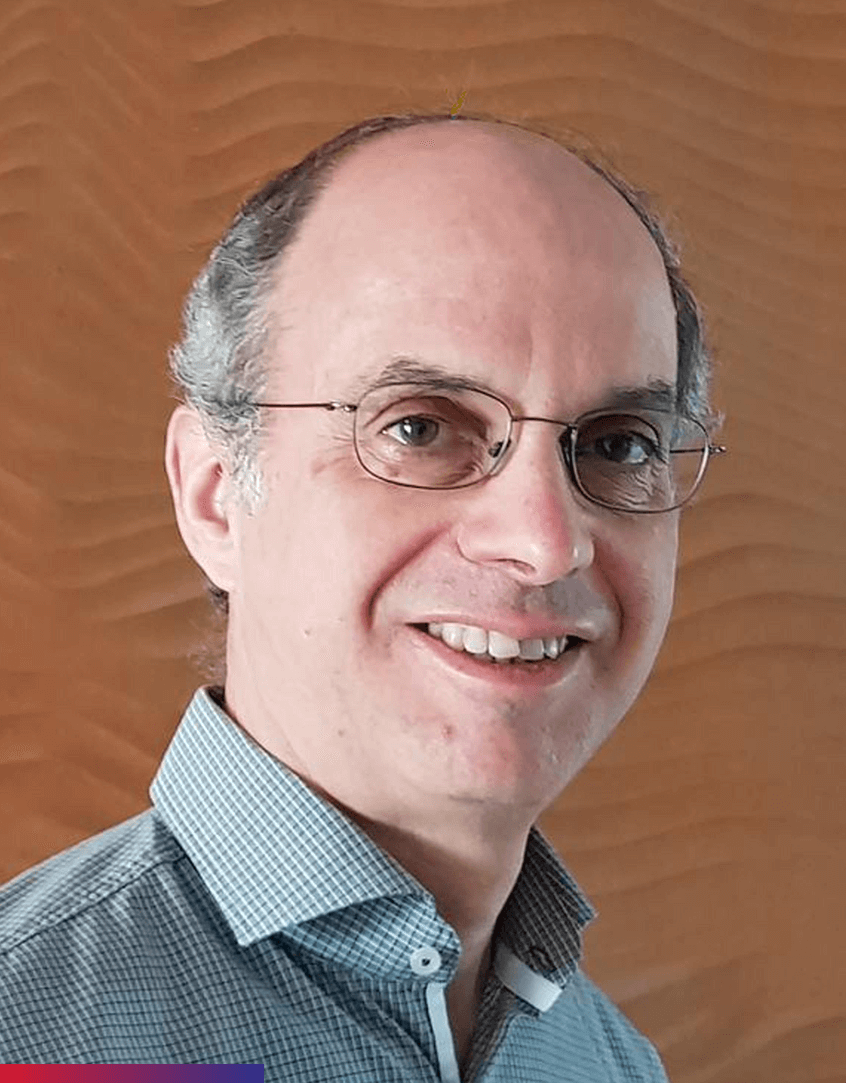 Thanos Halazonetis holds a Dental Degree from the University of Athens and a PhD Degree in Genetics from Harvard University. He worked at Merck, Sharp & Dohme as a Research Fellow, before joining the faculty of the Wistar Institute and the University of Pennsylvania. In 2006, he joined the University of Geneva as Professor in the Department of Molecular Biology.