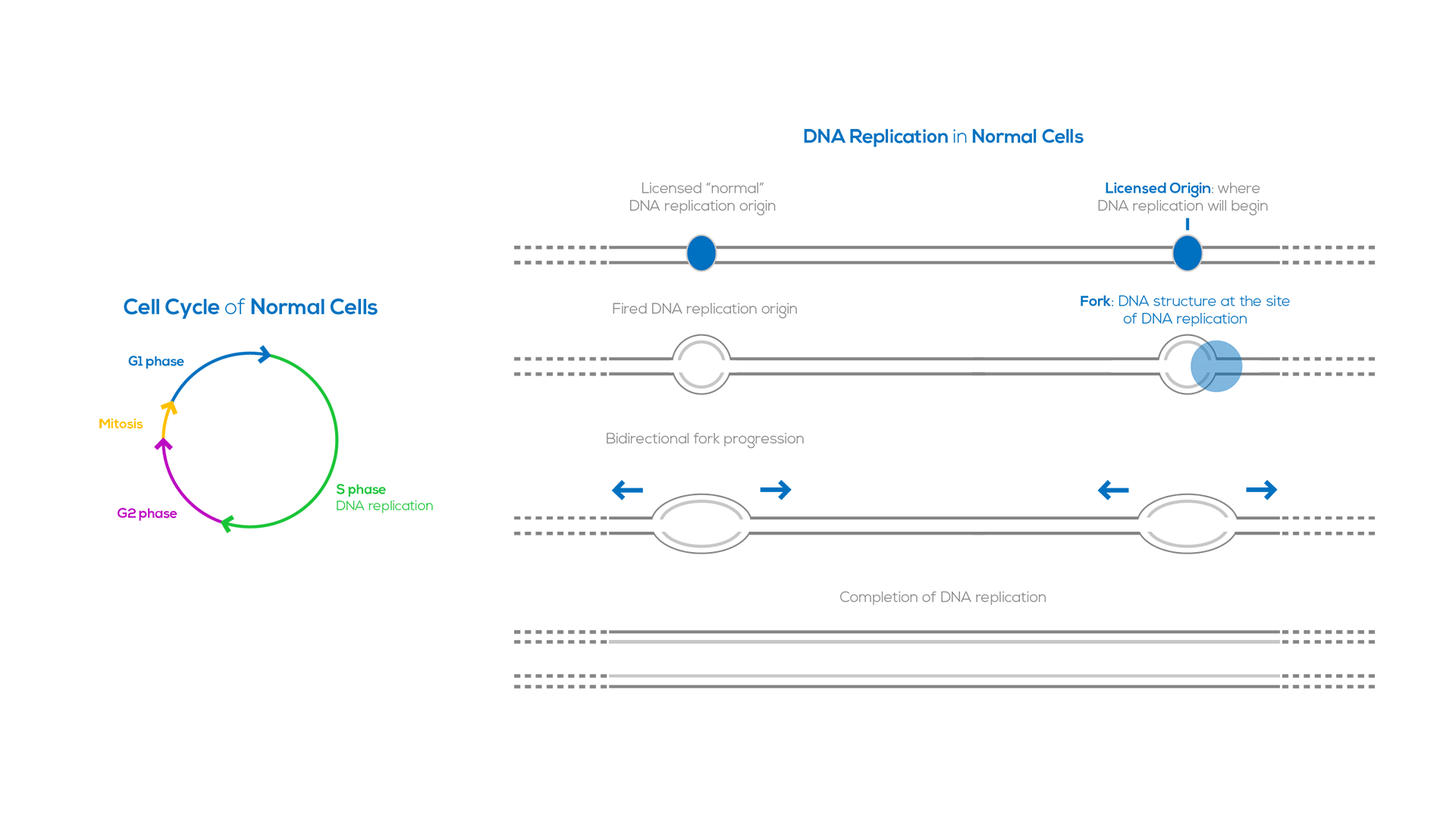 A key step in the development of most cancers is the acquisition of mutations in genes (oncogenes and tumor-suppressor genes) that regulate cellular proliferation. In parallel, in most cancers there are, paradoxically, difficulties in duplicating the genome, due to stalling and collapse of the DNA replication forks, a phenomenon known as “DNA replication stress”. Oncogene activation is one of the main sources of DNA replication stress, which, in turn, leads to DNA breaks and genomic instability1,2. The latter helps drive cancer progression and resistance to therapy, as it allows for the establishment of mutations that favor tumor growth and adaptation to diverse conditions3,4. 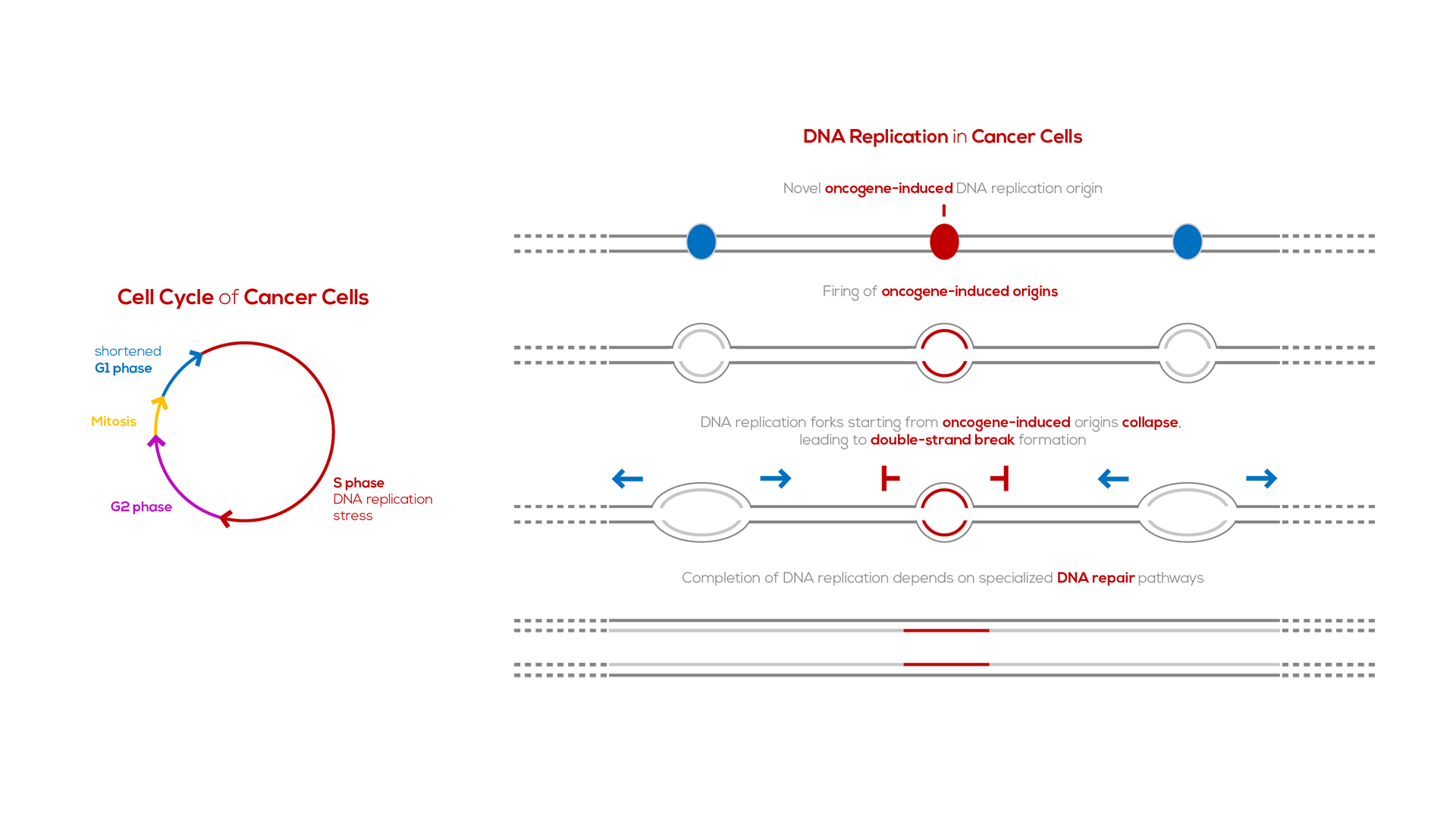 Synthetic lethality refers to the genetic principle in which the combination of two genetic perturbations is lethal, where each individually is not. Oncogene-induced DNA replication stress, a hallmark of cancer7, makes cancer cells dependent on repair pathways for collapsed DNA replication forks. FoRx Therapeutics is developing small chemical inhibitors of these repair pathways to specifically target cancer cells, while sparing normal cells. 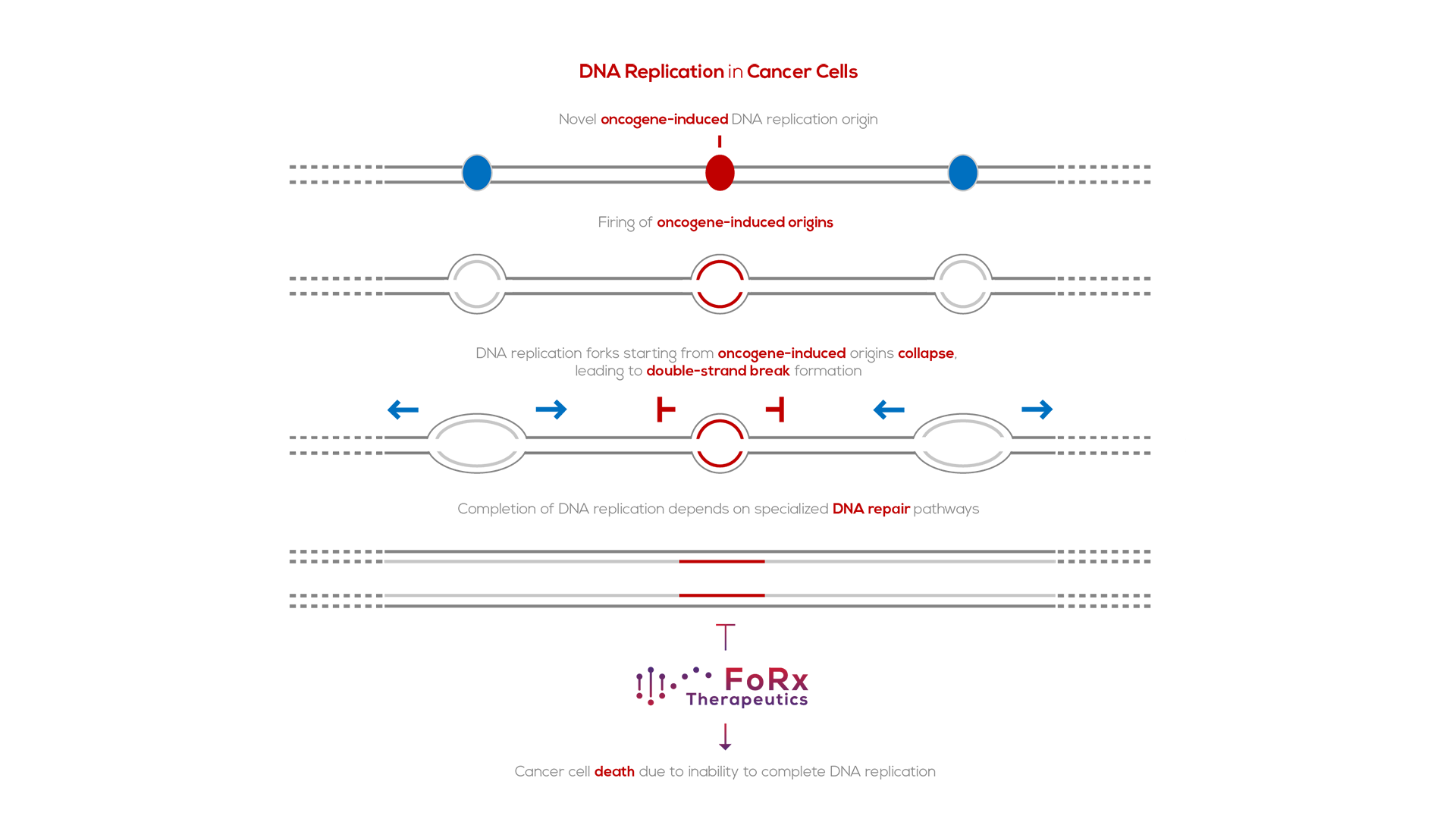